Put something nice about your company here... 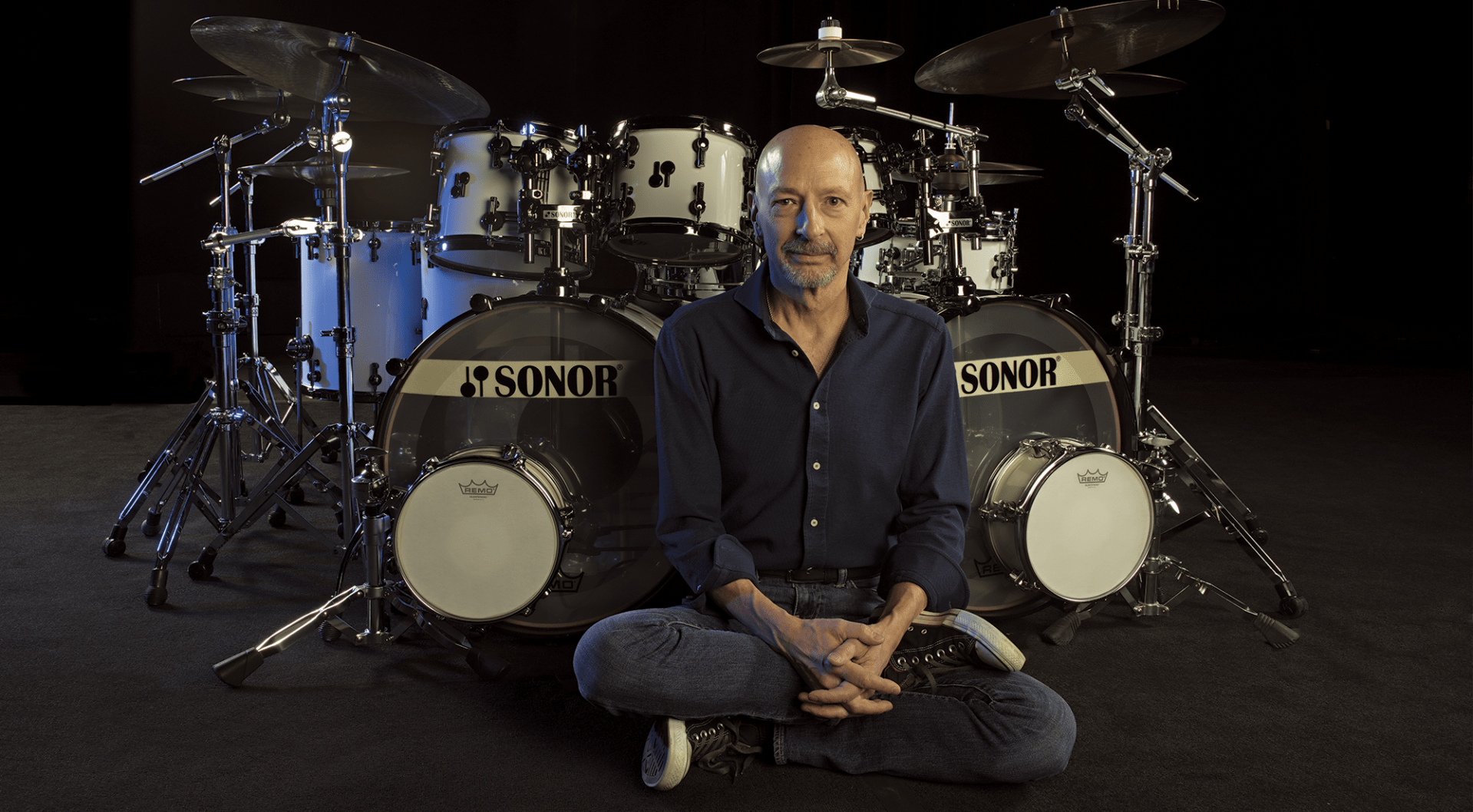 Over the past 40 years, world renowned American drumming legend Steve Smith has toured and recorded with some of the biggest names in jazz and rock. He has appeared on recordings selling over 100 million copies worldwide with acclaimed artists including Journey, Bryan Adams, Mariah Carey, Zucchero and Jean-Luc Ponty. His intricate solos, command of rhythms and unparalleled talent has allowed him to continue pushing the boundaries of all styles of drumming to new levels.

As the drummer of the enormously popular rock band Journey from 1978-1985, Smith toured the world and recorded six massively successful albums with Journey, including the megahit Escape (which includes the hit song “Don’t Stop Believin’”) and Frontiers, both of which garnered the band many Top 40 hits. Journey’s albums have sold in excess of 75 million copies worldwide to date. In 1985 Smith left Journey to pursue his original passion, jazz, and to continue developing his career as a session player, bandleader and educator and launching his jazz-fusion trios Vital Information and Vital Information-NYC Edition, with he continues to record and tour, mesmerizing audiences worldwide.

Steve Smith has now teamed up with Los Angeles based visual art team SceneFour to release a collection of artwork called ‘The Fabric of Rhythm” to visually express the inner workings of the physical motions he uses to create rhythms.

“With drumming, we hear only part of the motions that we make, and because the sticks and hands are generally traveling so fast, we don’t see all the motions being used. We hear the impact of the stick on a drumhead or cymbal, but we don’t hear the motions made in the spaces between the notes. The spaces in-between the notes are as important as the notes that we hear. With some percussion instruments like shakers or tambourines, we do hear the entire motion and it’s important that the motions are smooth and symmetrical, in order to get a grooving rhythm. To me, this means that the entire motion that you use with a drumstick is important. With the process that we used to make this art, you see both the impacts and the spaces between the notes, it’s as if we are looking into the very fabric of the rhythms.” - Steve Smith.

In his process of playing with light-sticks, Steve Smith visually captures the motion and sound of his drumming, with each piece expressing various facets of his musical genius, whether it be rhythm, improvisation, groove, or motion, achieving mysterious and extraordinary results.